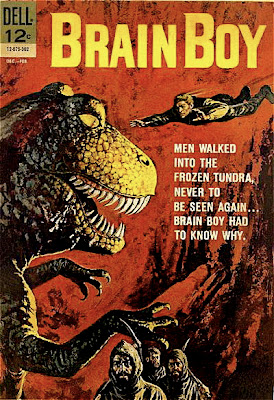 (Click here for our previous episode. Go here to return to the first chapter of what Harold Bloom in Boy's Life has called “quite simply, the great American novel we’ve all been waiting for.")
Join us now as our camera sweeps down over the New Mexico desert and into the wasted foothills just a few miles outside of a town called Disdain, in the early September of the year of the god of hellfire, 1969...

...and dissolve in on the dread motorcycle bandit leader (and former Oxford don) Moloch, still stewing in his own vile juices of hatred following his recent humiliation (and incidentally the killing of one of his raffish band) at the hands of Dick Ridpath (Commander, USN, ret.):

They were in the big cave and the lads were gangbanging some teenagers they had just sold drugs to. They weren’t hurting them really, just having a bit of fun and besides with all the drugs and beer those kids had consumed they wouldn’t feel any pain anyway. At least not tonight they wouldn’t.

Moloch had contented himself with distractedly wanking off in the general direction of one the less depressing-looking girls or perhaps it was a boy while Testicle huffed and puffed his huge rhinocerine body upon her or him.

Then Moloch sat himself down by the fire with a warm sixpack of Falstaff and a bottle of Gordon’s gin. He had taken several Tuinals and just one Delaudid to smooth the meth down a bit, and the acid suffused him nicely now as he sipped the gin and beer and drew occasionally upon the hookah loaded with opiated hash.

There was something his mind was teetering on the edge of, some realization beyond its eternal nightmare of roaring on his powerful machine to the next scene of rapine and pillage all loaded with drugs until his skull felt like to burst as if he had shot up his brain not with raw psilocybin or STP but with a hundred CCs of nitroglycerine.

Something about that chap who’d killed Crackle.

Well, one thing Moloch did know, he would kill the blighter.

Yes he really simply must.

Truth be told, it was rather a sore point with Moloch that he had never actually killed anyone. Oh, certainly, he had spat upon all the values he had grown up on and once held sacred, he had raped people, of both sexes, he had lied and cheated and betrayed, he had stolen and destroyed and defiled, he had crippled, he had sneaked up on the Hell’s Angel who had taken his own eye and cut out both of that chap’s bloody eyes, he had beaten and stomped and cut more than a few people to within an inch of their lives, but, no, to the best of his knowledge he had never actually quite killed anyone.

He had had ample opportunity but something always held him back, even those times when he knew he could have gotten away with it. Even with the commandos back in Korea he had never got a confirmed kill, even then when he could have deprived some human of his pathetic breath of life and got a medal pinned on him for doing it, even then...


And then all at once he remembered and felt a tremendous relief:

Yes. That man. He knew him.

That mission near Songjin with that American UDT in charge of blowing up that railway tunnel.* That young American naval officer commanding their team -- it was the same bloody chap, this fucking “Dick” person.

Oh, and how impressed the young Moloch had been by that fellow.

So casual and good-humored, and got along so well with his men, whereas Moloch’s men despised him he knew for the callow insecure paradeground-mannered prick he decidedly was at that time.

And then, when the mission got so bollocksed up this fellow, Ridpath, yes, Dick Ridpath, he had been so, well, heroic, yes, that was the word, and efficient too.

And, yes, Ridpath had killed; not only setting off those explosions just as the train was passing through, blowing to bloody smithereens God only knew how many Chinks, but also, before, and somehow more notably, slitting the throat of that Chinese sentry, almost severing the poor blighter's head.

All the commandos had been trained to do that sort of thing of course, but -- to actually do it -- to creep up behind the bugger and yank his head back and -- good God. Moloch had had to fight back the urge to vomit whilst the Yank calmly wiped his knife off on the dead blighter’s sleeve and then trotted on as if he hadn’t a worry in the world.


Moloch heard later the man had got the American Navy Cross as well as the British DSC for that mission.**

Well well well and after all these years, bloody comrades in arms and all that.

the waitress and the satanist, chapter 19: black forest

click here for complete episode
Posted by rhoda at 11:54 AM No comments: 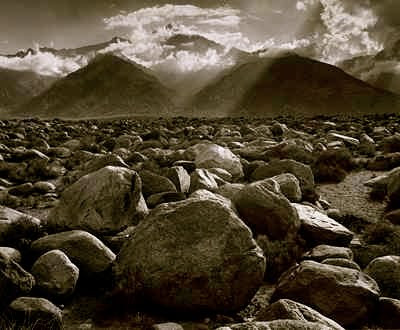 Previously in our unexpurgated serialization of Larry Winchester’s epic of doom and despair (click here for our previous episode; go here to return to the beginning):

The honorably discharged young soldier Harvey has returned from Vietnam to his hometown in the New Mexico hinterlands, killed a man in self-defense, and was immediately hired by the dubietous local rancher Big Jake Johnstone to act as guide for the mysterious and glamorous Dick and Daphne Ridpath (AKA “Smith”). By Harvey’s third day back, four more people and one rattlesnake have died unpleasant deaths.

(This episode rated IP for Impossible Plotting. Do not read while operating machinery or electronic appliances.)

He had heard the gunshots way off in the distance but had not seen the shooting.

Hidden behind a cactus at the top of a hill Philips watched as “the Feldschmitts” remained on the butte for twenty-one minutes after the shooting stopped.

Then he saw the Smiths and that ranch hand riding past the butte back in the direction of the ranch. They rode at a leisurely pace.

Nineteen minutes later Grupler and Marlene climbed down from the butte, got into their Range Rover and continued along the route the Smiths had taken. Philips picked up the vehicle’s tracks and followed at a discreet distance. Then he heard what sounded like a pistol shot. He noted the time in his notebook and continued to follow.

He came to a place in the desert where it seemed the car had stopped and where, judging by the groupings of hoof prints and by some ploppings of horse-feces, the Smiths and their guide had stopped as well.

He noticed a dead snake which looked like a rattler with its rattle cut off. He got off his bike, and, picking up and examining the snake he saw that it appeared to have been shot between the eyes. He got down on his hands and knees and found the spent slug, a .38 or .38 Special. He put the bullet into a plastic evidence bag and then looked around for other evidence, walking in a slowly widening spiral from where he had found the snake.

Suddenly he felt faint, and he stopped.

He breathed deeply, feeling cold sweat on the nape of his neck. He looked up from the ground, trying to dispel the dizziness. The world suddenly looked horribly enormous, while he was horribly small, and he felt terribly alone.

A red sun burst through the slate-colored sky.

The sun began to move around in a circle, Philips heard several billion voices laughing, crying and singing, and then the earth rushed up and slammed into him.

He felt he had only been unconscious for a few seconds. He breathed deeply a few times into the earth and then pushed himself up into a sitting position, wiping the silica-tasting dirt from his lips. He looked up and the enormous sky was completely overcast again.

Philips took out his notebook and made a few more notes, then he got up and brushed himself off.

with a bow to the shade of mr edward gorey