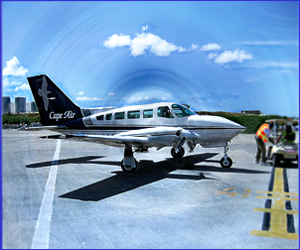 The moment Emma and I buckle our seat belts for the flight to San Jose, it cuts me like a jigsaw: Am I up to my same old thing here?

I can’t be. The old pattern spiraled around falling in love with a woman who already had a boyfriend—or during these last years a husband. And Emma has neither, at least to my mind.

The guys in our band will claim I stole Emma from them, because she was the band’s only woman. They talk about “Scott’s method,” like I follow an outline; like I carry around a play book with a set of complicated maneuvers.

But people don’t steal each other; they steal stuff. And if I have a method it’s this: if the attraction is powerful and thrilling and risky enough, I don’t deny it.

Flowers, notes, and all-out begging may be standard expressions but they’re not lies. It’s not as if I don’t mean every gesture, every word, every, “Please, baby, please.”

Then, after acting like a romantic fool, I apologize. Especially if she’s married, you know? I am genuinely sorry to cause such disruption. But, honest to God, she needs to flat-out send me away if she doesn’t want me around, because I am too far gone to figure it out for myself.

I always promise to back off the second she says so, but it has to be what she wants, because I don’t give a damn about her boyfriend or husband. Who—she gets this part, right?—absolutely doesn’t deserve her.  He doesn’t even know who she is; not the way I do even if I had only met her a few weeks ago.

So I always say, “Consider the difference and decide:  Which one of us loves you more here and now? Not last year, not on your honeymoon before you and I ever laid eyes on each other.”

Guess who wins? No, don’t; I’m not one to brag. Or I wish I wasn’t. But Emma, who isn’t married and didn’t even have a boyfriend until we got together, will vouch for my overall skill.

She knows I’m taking her to my house in Costa Rica, and, unlike almost all the others, she doesn’t know about my inheritance. My mother left me a trust fund that even now makes logistics and transitions maybe a little too easy.

Used to be, no matter how compelling the escapade started out, a disastrous fall-out hit before long. So if you look at my track-record going back to high school, I seem like a really mean guy.

But mean or not, now that Emma and I are out of anyone’s reach, I’m all introspection. Because for once, I’m not breaking up some cozy couple. If anything, Emma, who graduated from college last year, has the advantage.

I’m an old man of thirty-four, nearly half-way to seventy. Emma’s just started her adult life and still has that lit-from-within beauty. She’s funny and pixie-faced…talk about wide-eyed, talk about words from the mouth of a babe!

Trouble is I’m in no shape for the inevitable let-down. If after a few months secluded on the Osa Peninsula, the sound of her chewing irritates the fuck out of me, I’ll drown myself.

The thing with Emma is that minus any competition, I don’t really know who she is. Of course, ten to one, she doesn’t know who she is, either. Not yet. She likes my face and body and how I treat her in bed. And she’s absolutely gonna love Costa Rica.

I love the way she sings and dances. I love her pouting and how she mixes her whining with a peevish silence. I love her personal, daily routine. Always before it was that stuff, the quirky shitty little things that chipped the days away and finally shattered my mad fixations.

So with Emma there’s a difference. Every other guy in the band wanted her, but big deal. I’m in love with her.

Excellent! The man's a player. Will the player get played?

Welcome to the new venue, Kathleen!

love the way he reveals the self under the mask... or is it just another mask?
:)