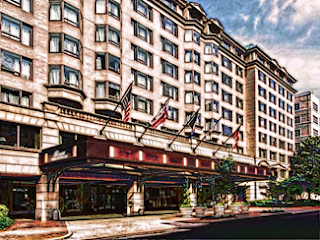 When he and Susan had sex—this being their sixth or seventh rendezvous—Zach would have preferred classical music for atmosphere. Mozart, Schubert? He didn’t know. He and Beth listened to the hymns sung at the Presbyterian Church, and of course he knew Boy Scout campfire songs. But otherwise, he never deliberately listened to music—it wasn’t his field. While driving, he listened to lectures or how-to books on tape. He imagined, however, that an appropriately gentle but seductive instrumental might relieve any pressure to offer compliments or emotional declarations. But Susan, despite her no-nonsense style, liked to listen to them breathe. When it was in sync, she felt sexier. Zach thought the idea was weird and wanted to ignore it; his grunts and her giggles made him self-conscious. (Thank God she didn’t want him to talk dirty—what an unpleasant little tryst that had been—some anonymous adjunct on her way out.) Susan did require him to express urgent desire for her before, and affection after, which only slightly taxed him beforehand but inflicted irritation afterwards.


(click here for the first episode)
What really excited Zach were the differences between Susan and Beth. Susan’s smaller body was more cylindrical, and her muscles were smooth and sleek. Her breasts, which had never fed babies, were pointy little triangles poking up, the nipples small and dark brown. Her skin felt oilier. Beth was an avid, ecstatic lover, eager for experimentation. Susan timed herself so that she finished just when he did.

Afterwards, she took a whirlpool bath and he scanned the in-room on-screen listings. Bracing himself in the doorway, he asked her, “Do you want to go out? I need to leave painfully early. We discussed it, remember?”

She slid her whole head under the bubbling hot water. Coming up, she spit water in an impressive arc. “Yes, Zach. I remember.”

After the bath, she showered and washed her hair. “Let’s just stay here. Order room service,” she said, studying herself and her fancy underwear in the mirror. She winked at him, which he was supposed to find wickedly sexy. He smiled in appreciation. “Such a vixen.” 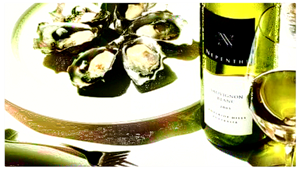 A few seconds passed in which he worried that she had registered the word literally. She did have a little fox face that was too pointed and narrow to weaken his knees. His affair with her had begun when the Institute group at an urban planning conference had stopped at a busy, noisy bar. Zach and Susan had talked over the noise and continued to talk after the crowd had gone home. What was it they had talked about? He was certain they began agreeing on a political theory.
Now she lolled on the bed in her leopard print bra and panties and watched a ballet, or a movie about the ballet. He showered and dressed, and wondered again if she did not want to go out, see if they could find something new. She didn’t.

That’s when he realized he should tell her: after tonight, no regrets. Maybe she would understand. They couldn’t risk their professional reputations on an ongoing romantic attachment. This explanation sounded reasonable and kind enough to him.

They ordered room service and over an expensive Sauvignon Blanc, salad, and seafood risotto, Zach told her about Columbia University and how much he wanted the job. After saying that much, he said he wanted it too much to say another word about it. They had sex again, fierce but fast. First he washed up and then she did, taking her time.

He patted the place on the bed next to him. “Sit here.” He held her hand, saying this had to be their final fling. If he got the position at Columbia, which he definitely would, they’d be too close—geographically. New York to Washington and back—basically the same neighborhood.

“So for you this was a quick fuck before your interview. To make you feel you—what, more relaxed?”

“Susan, no. I wanted to see you because I knew after being with you, I’d go in there full of confidence. Brimming with ideas.”

“Oh, well, in that case,” she said. “It’s not only reasonable but flattering: Is that how I’m supposed to feel, Zach? You’ll be brimming with ideas from now until the day you die and so have no need for me?”

“Susan, I’m sorry. Were you seriously hoping we would do this indefinitely?”

She dressed and packed in a huff while he watched, acting as if he were in mute shock. After she slammed the door, leaving him alone in the hotel bed, he waited in case anything else happened. Then he turned off the lights. Lying there, the room swarming with trails of relief, bouncing pinpoints of righteous indignation, the beauty of his adventure struck him. He had run on instinct, sensing a need to free himself. And he had achieved a sublime balance, coolly reordering the dean’s schedule, and minimizing his physical desires. 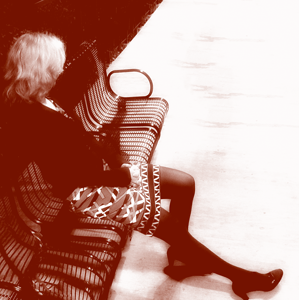 Tomorrow he would exhilarate the committee questioning him. After Susan’s little drama, why even try to sleep? He pressed on the reading light to skim the syllabus, which would soon lend heaviness to his eyelids. He would shake hands eagerly, firmly, well versed in the political science curriculum. And for all his animal magnetism, he now had reason to feel humble. Smugness worried him; he often prickled when it hovered about him. But tomorrow he could let his energy run; his exterior self would project a thoughtful aspect he could never have finessed without several hours of good-bye sex followed by a slap in the face.


(click here for the next episode)
Posted by Unknown at 10:21 PM

It's the makings of a good story. I can't wait to see what you have in store!

I hope he farts really loudly during his interview.

Mandi, thanks. I think Zach's gonna surprise himself and everyone else before I'm through with him.
Dan, that would be funny. But that's exactly the kind of thing Zach prides himself at controlling without fail. And after his detour with Susan, his digestion's never been better.

GOtta catch up! Miss a few days and whoosh, the story has left me behind. Gripping, this.