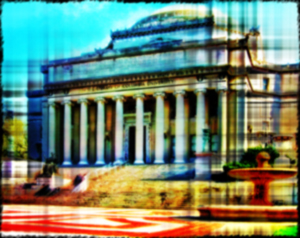 In the Severins’ new home, thirty minutes north of Columbia University, Beth cultivated friendships that benefited their children. She volunteered to be the den mother for Matt’s Cub Scout troop, arranging all the camping trips and helping seven- to ten-year-old boys earn merit badges. Zach allowed her to take the lead because his new position was demanding and frankly, a woman worked best with the younger boys.

By the time Matt entered sixth grade—and the Boy Scouts—Zach had earned tenure and acquired adjunct scholar status with The Younger Institute. Now he had time to direct his son’s progress. Naturally, he enjoyed coaching the other boys, but by volunteering as sectional Scoutmaster, he could direct Matt’s ascent to Eagle Scout without interference.

After four years as den mother, Beth felt kicked of out the club. Rosalind disliked scouting. From a very early age, she opted out of any adult-run recreation, much preferring to invent her own adventures. To Beth’s delight, Rosalind displayed a fondness for fantasy.  After learning about the seas of the moon, she declared one as yet undiscovered by anyone but her and her girlfriends: “The Sea of 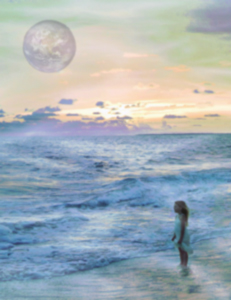 One evening at dinner, Beth suggested that Matt could benefit from some free-form play like Rosalind’s, to balance the regimentation of scouts. Zach slammed his fist on the table. “You want him to grow up a homosexual?”

Beth felt sick. She knew the Boy Scouts did not allow gay people, but tried not to dwell on it. Now she dropped her fork loudly. “Zach, how could you say something like that to our children, or really, to anyone?”

He asked the children to wait while he spoke to their mother in the kitchen. But Beth spoke first. “Your attitude is paranoid and grotesque,” she hissed. “Don’t show it to my children again!”

His right hand formed a fist while the other slipped through her hair, grabbing the shorter, more sensitive strands at the nape of her neck. These he pulled hard, yanking her head back. “If you know what’s good for you, Beth, you won’t disagree with me in front of ‘your’ children again.” He released his grip so suddenly she staggered backward. His fury stung as if he had smacked her face.

“I didn’t hit you. So stop with the hysterics.”

Without another word, they stepped into the dining room. The children were gone. Matt and Rosalind had retreated to their bedrooms, leaving food on their plates.

Before Zach could get to them, Beth hurried up the wide, carpeted stairs, knocked on each one’s door, opened it, and jerked her head and thumb, motioning the children back to the table. Matt marched to his place, glanced at his father, and sat down. Rosalind dragged her feet, her still baby-soft expression all truculence. Only after making sure her father saw her eyes roll in childish derision, did she take her seat.

Still shocked by Zach’s near-loss of control, Beth stood at her place.

“Matt and Rosalind,” Zach said. “You know better than to leave the table without being excused.”

At eleven, Matt obeyed, respected, and feared his father. Rosalind did not. At eight, her protests were limited, but she showed signs of a defiant disposition. Beth had noticed this for more than a year. Zach still had no idea, because he paid little attention to his daughter.

“May we be excused?”

“Yes, Matt. Go do your homework. Rosalind, help your mother clear the table and clean the kitchen.”

As it was, Rosalind swung her leg so it knocked over an empty chair. The pouting child picked up her plate and glass of unfinished milk. Her father walked down the hall to his study and Rosalind stuck out her tongue. 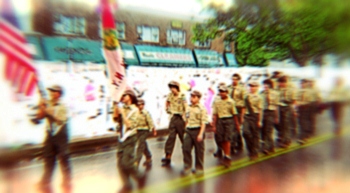 Zach had reached that stage in life where four years feels like one. His goals and hopes loomed within easy reach now—one clear path to the Younger Institute, an organization that elicited respect and admiration around the world. He spent several days each month in Washington, participating in every roundtable and conference the Institute arranged. His personal life still rivaled falling down rabbit holes, but he steered with one hand and oriented with the other.

Now that Matt was fifteen, Zach became the region’s Scoutmaster. Thanks to Zach’s role in so many boys’ development and Beth’s skill at hosting dinner parties, the Severins suddenly appealed to the town’s more prominent families.

Invited out or entertaining in, Zach and Beth shared a sense of belonging neither had known before: Zach, always disciplined, had grown up fatherless in all but name; while Beth, the minister’s daughter, had grown up tethered to her father’s pleasure-abhorring Protestant church.

The Severins’ new friends invited them to join the Hilltop Club, which was expensive and exclusive. The Club wielded prestige but Zach demurred: Why bother? It existed mostly for the benefit of the wives and children; Zach’s important contacts were in Washington. And besides, their new friends entertained them frequently at the Club’s fancy restaurant overlooking a golf course—renowned to enthusiasts, which Zach was not.

From Thursday afternoon until Monday evening, Zach was a strict but available father. Unsurprisingly, Matt interested him more than Rosalind, who was pretty and played the flute. Matt was finishing his Star rank and ready to move onto Life—and then—Eagle.

His son’s progression tracked flawlessly, and Zach himself was due for the DESA: Distinguished Eagle Scout Award. To earn this a man must have held his Eagle rank for twenty-five years. A committee in White Plains had asked if he were interested: The procedure required several meetings and a few training courses. But the question was pro forma. Zach would merit the DESA distinction before his fortieth birthday. At the same time, the area’s unit chief was considering him for the Scoutmaster Award, for which he also qualified.

These commendations had represented his lifelong goals and should have filled him with the satisfaction of reaching the summit with its magnificent overview. His goals, however, had changed as of three months ago, when Zach’s professional life accidentally merged with his secret pleasures.

One Friday afternoon at the Younger Institute’s Washington office, Zach was gathering his papers in an empty conference room before flying home to New York, when an alluring woman—someone he’d vaguely imagined but never met—slipped past the open door. A few weeks later he noticed her walking ahead of him, the hem of her skirt swinging in rhythm with her steps. He followed from a distance. The way she walked stirred him. Anytime he heard her small quick steps, their sprightly rhythm stayed with him for hours.

(click here for the next episode)
Posted by Unknown at 11:07 PM

Ha ha -- love it. This dude is your best villain yet. I keep wanting to smack him upside the head...

I guess readers love the bad ones. I like a little of both.